Last Saturday I participated in my first running competition. It was organised by my school and almost all children I know were there!
I ran with my little friends that are the same age as me, and we made half a tour at the stadium. Since it was the first time for all of us, nobody really understood what to do, and there were a lot of parents and older kids on the lane, which was even more confusing. But suddenly I saw mum running at the grass on the other side so I started running after her. Anyone who has seen me running knows that I like that and I run pretty fast, so soon mum shouted at me to stop and take the medal somebody wanted to put around my neck. A nice man told me I was the first girl at the arrival, but then some other mum came up and shouted that her daughter was the first one. My mum wasn't sure what had happened since there were so many people on the lane, but she said that she will look out next year to be sure nobody takes my first place!!

Unfortunately I have no picture to show me, since mum took pictures with her phone but cannot transfer them from there (she said a lot of new funny words to her phone by the way).
So you'll have to imagine me with my nice medal!
Upplagd av Sofia kl. 14:49 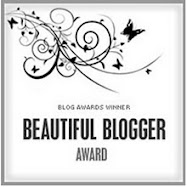